Azu finished his 2021 season in fine fashion by flying to a 100m personal best of 10.16 in Berlin last September and will want to continue where he left off with his first outing of the year at the BoXX United Manchester World Indoor Tour meeting on Saturday, one of 14 World Indoor Tour Silver meetings in Europe this winter, all of which are administered by European Athletics.

The 20-year-old sprint talent will be looking to improve on his 60m personal best of 6.65, which dates from 2019, in Manchester before reducing it further in Glasgow – the venue for the 2019 European Athletics Indoor Championships – on the famously quick Emirates Arena Track installed by European Athletics Partner Mondo, where he will be among the famourites for maximum points in his event.

We are excited to announce we’re sending 1️⃣8️⃣ athletes to Glasgow to compete against England, Scotland, Ireland, Spain & Turkey as they attempt to become crowned champions in the newly created #DNA event!

Smith knows the Emirates Arena well having run over two laps at the European Athletics Indoor Championships two years ago and he was part of the British bronze medal-winning 4x400m quartet at the most recent edition of that competition in Torun last March.

Among Wales’ women, lots of attention will be focussed on 60m sprinter Mica Moore who has been spitting her time between athletics and bobsleigh.

The full Welsh team can be seen here. Ireland announced their team for the DNA indoor international earlier this week and further announcements from the other four competing teams will be made in the coming week. 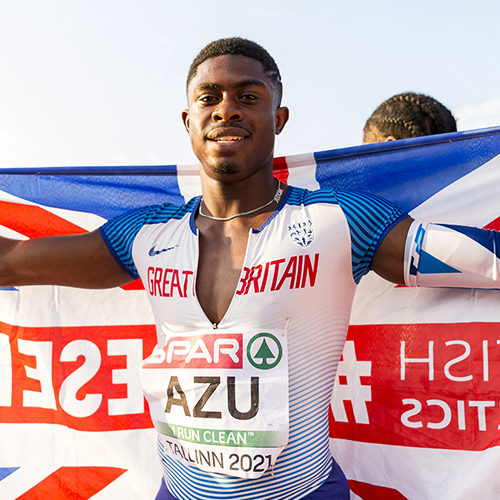