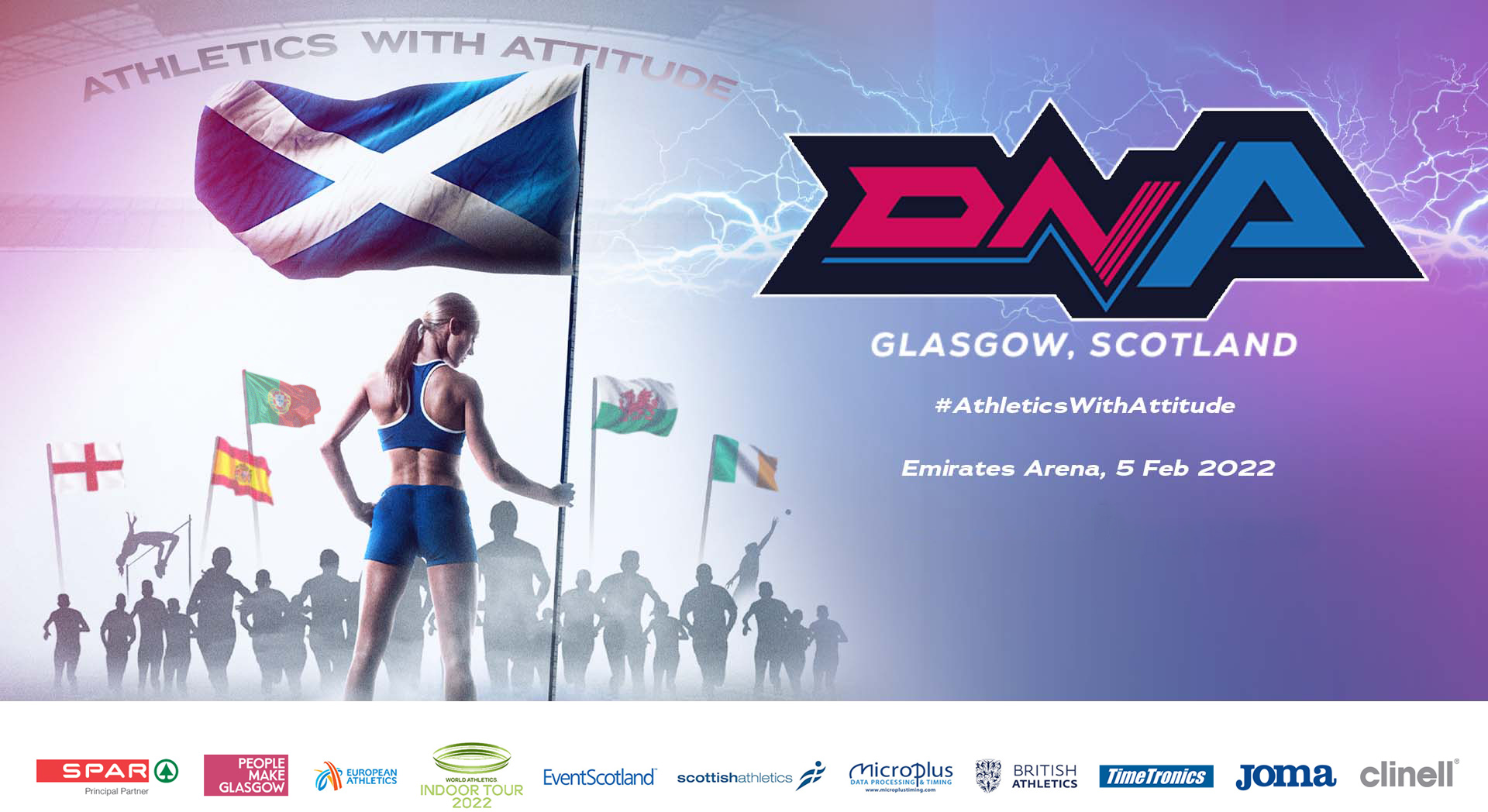 Spain are the DNA indoor champions in Glasgow

Spain started as favourites to hoist the magnificent DNA indoor international trophy and despite unpredictability being a crucial part of the concept, the Iberian squad delivered as expected at the Emirates Arena in Glasgow on Saturday (5).

The Spaniards started off with an emphatic win in the opening event, the mixed 4x400m when the quartet set a national record and world indoor best of 3:18.90, and they rarely relinquished their dominance with no less than four further wins in the next nine events.

Maria Perez was quickest away on the 60m and sped to victory in 7.22, just 0.01 shy of her Spanish recent national record.

Hurdlers Enrique Llopis and Teresa Errandonea followed in Perez’s footsteps and fulfilled their roles as favouites for the 60m hurdles, winning over the barriers in 7.67 and 8.22, while Xecs Tresens drew his first-place head-to-head battle in the high jump.

With additional solid scoring from the rest of the team, Spain had a huge 20-point point lead ahead of The Hunt over Ireland and England – a mixed gender medley relay with legs of 800m, 600m 400m and 200m – which translated into a 6.7-second head-start over their two nearest rivals.

The Spanish quarter of Lorena Martin, 2019 European ind00r 800m champion Alvaro de Arriba, Laura Bueno and Sergio Juarez then had the relatively straightforward task of holding their concentration and circling the Emirates Arena 10 times before the latter brought Spain home to ecstatic cheers from his compatriots who were allowed to crowd onto the infield prior to the event.

“I was so happy to be part of this team, not just because I was competing for Spain but because I really like the concept and I’m glad it is on the international calendar,” said Bueno.

Like de Arriba, Bueno is an experienced international and was part of the Spanish team three years ago at the European Athletics Indoor Championships.

“I didn’t compete in the domestic DNA events we have had in Spain but some others in the team, like 800m runner Lorena Martin, have told me what fun they were and this has been just a great time,” she added.

“I had only one lap to do and the rest of my team had given me such a good lead that I was able to relax and I think I ran whole of my leg with a smile on my face as I knew I was leading Spain to victory. I can’t describe what an honour it was as the last Spanish athlete in action here to bring the team home,” reflected the delighted Juarez.

Just a few moments after Juarez crossed the line – with England finishing sec ond and Ireland third – all that remained was for the European Athletics President Dobromir Karamarinov to present the specially created DNA trophy to the victorious Spanish captain Aauri Lorena Bokesa, who had helped get Spain off to a winning start with an outstanding second leg in the opening mixed 4x400m.

Although the emphasis during the two hours of thrilling and innovative athletics was on team competition kudos should also go to English sprinter Andrew Robertson who won the 60m in 6.62, just edging out Wales’ 2021 European U23 100m champion Jeremiah Azu who was second in 6.64.

Portugal’s Evelise Veiga also caught the eye when she added six centimetres to her indoor best when she jumped 6.58m in one of the preliminary head-to-head matches in the long jump and then flew out to 6.50m to clinch the maximum points in the first place contest.

Placing and Performance for the World Ranking

What?
6 Teams: Mixed men & women, up to 18 athletes in each team, focus on team tactics and strategy
2 Hours: Fast paced sequence of events, only one event at a time
11 events: Focus on run, jump & throw, traditional & new formats presented in a new way
Easy scoring: Everything counts, 2 to 12 points for each event – 12 points 1st place to 2 points 6th place
Winner: The last event (the Hunt) will decide the winning team

"I was so happy to be part of this team not just because I was competing for Spain but because I really like the concept and I’m glad it is on the international calendar."