Shot putter Scott Lincoln will lead the England team at the DNA indoor international in Glasgow, Scotland on Saturday 5 February.

Lincoln sent his implement out to an indoor best of 20.73m at the BoXX United Manchester World Indoor Tour on Saturday, the first of 14 Silver meetings to be held in Europe this winter, to move up to fourth on the UK indoor rankings. He is the leading European in his event at this early stage in the indoor season.

England, as might be expected, have put together a strong mixed gender squad of nine men and nine women to contest the first indoor international using the innovative Dynamic New Athletics format.

We’re pleased to announce the England team for the @EuroAthletics #DNA in Glasgow next week! The 18-strong team led by captain @shotputtlinco will be competing across 11 events over a fast paced 2 hours. Full squad list ➡️ https://t.co/UgFlmhCni1#AthleticsWithAttitude pic.twitter.com/0dV19tAQCU

Like Lincoln, long jumper Abigail Irozuru was a Tokyo Olympian, making the final in the Japanese capital and has proven herself to be a big-time competitor by making the finals of several other major international competitions.

Irozuru will probably start as the favourite to take maximum points in her specialist event.

She is accompanied in the England team by her Sale Manchester Harriers clubmate, sprinter Andrew Robertson, triumphed in his opening competition of the season in his home arena last weekend.

Robertson, now 31, just missed out on a 60m medal when finishing fourth at the 2021 European Athletics Indoor Championships last March and started his year well with a time of 6.60.

Cameron Fillery fared less well in Manchester when he was disqualified the 60m hurdles final but the 2019 European U23 110m hurdles bronze medallist should provide a stern test for the rest of the six-man field over the barriers in Glasgow.

The full England team is:

More details about the DNA indoor international in Glasgow on Saturday 5 February can be found here. 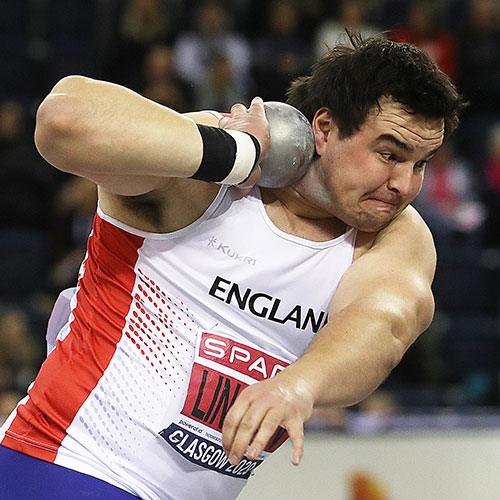