Martinez, still only 21, had a 2021 to remember. Firstly, he took the European U23 110m hurdles title and then he finished sixth over the barriers at the Olympic Games in Tokyo, where he ran a Spanish U23 record of 13.22.

The man from the northern Spanish region of Navarra has also started 2022 in sparkling fashion by running 7.65 for the 60m hurdles indoors earlier this month and on the fast track in Glasgow he will be looking to improve on his best of 7.60, set when finishing fourth at the European Athletics Indoor Championships last March.

The Spaniards will also be looking for good points from the newly minted Spanish 60m record holder Maria Perez, who recently reduced the national standard in that event to 7.21.

They will be hard to beat as well in the two relays prior to the concluding event The Hunt and, although several teams have yet to be announced, it would be no surprise if Spain are in pole position for the final event and are the team to chase as the afternoon’s events reach a climax in the Emirates Arena.

The quartet contesting The Hunt is equally formidable and will be led off by Lorena Martín, who contributed a stunning 800m at the recent Spanish domestic DNA championships which was instrumental in her club Playas de Castellon taking the title.

Martin will hand over to 2019 European indoor 800m champion Álvaro de Arriba, who will run over 600m, with Laura Bueno (400m) and Sergio Juarez (200m) completing The Hunt team for Spain.

With few weak events on paper for the Spaniards, the Iberian visitors will start as one of the favourites for the honours at the DNA indoor international, which is also a World Athletics Indoor Tour Bronze Meeting.

The full Spanish team can be seen here. 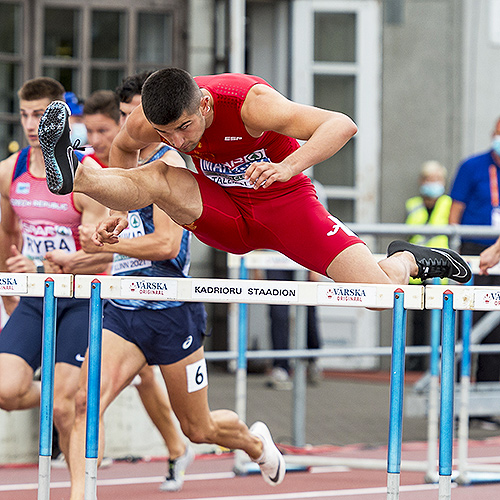