Among the names in their team is Tokyo Olympian Louise Shanhan and emerging sprinters Molly Scott and Israel Olatunde.

Reigning Irish 800m champion Shanahan, 24, will contest her specialist event in Glasgow following on from a stellar 2021 when she improved her personal best by almost three seconds to 2:01.44.

After running 2:01.67 indoors last year, the 2013 European Youth Olympic Festival winner is bidding to become the first Irishwoman to run under two minutes for four laps of the track under cover.

Like Scott, Olatunde will contest the 60m in Glasgow and there will be a lot of interest to see how fast the 19-year-old will go in the wake of his recent clocking of Irish U23 record of 6.67, which made him the second fastest Irishman ever at the event.

The University College Dublin computer science student won the Irish senior 100m title last June but just missed out on a place in the European Athletics U23 Championships 100m final the following month.

Ireland’s full 18-strong team for the 11-contest event can be found here. 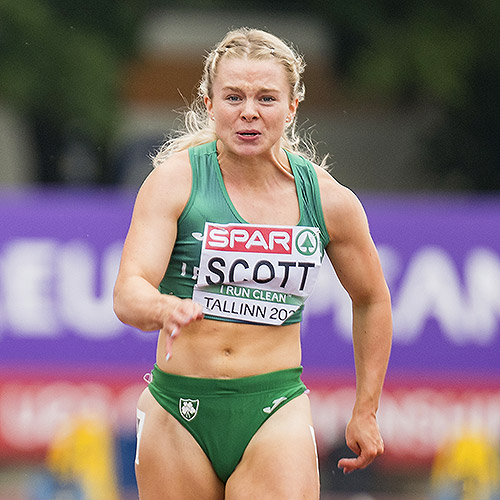