When the team from Denmark’s Sparta Atletik & Løb, steps on to the track for this weekend’s first-ever European DNA U20 Clubs event in Castellón, Spain, they will be counting on both enthusiasm and experience to see them through to success in the Clash of the Clubs.

According to Sparta’s Head of Athletics, Charlotte Beiter Bomme, all the athletes selected for the event are looking forward to taking part in an international event after the constraints on top-level domestic competition opportunities imposed by the Covid-19 pandemic.

“Our national U20 team championships have been cancelled each of the last three years, so everyone is very excited about the trip to Spain and motivated to show their best,” she said.

“I am hoping we can have a good first day and make it to the ‘A’ Final on Day 2, but it depends on how the other teams perform. Normally our strength is in the longer distance events but this year we also have some sprinters and some very talented combined event athletes, so we are optimistic.”

Underpinning Beiter Bomme’s positivity is the knowledge that few teams in Castellón will be able call on the tradition and the inspiration Sparta athletes must feel representing the club that has been their country’s strongest since before any of them were born.

Among the top names for Castellón will be 17-year-old sprinter Hector Wandt, who earlier this summer was a member of the Danish medley relay team that qualified for the final at the European Athletics U18 Championship in Jerusalem, and Sofia Thøgersen, now 17, who as a 16-year-old came home from the Jerusalem with a gold medal in the 3000 metres and a bronze in the 2000 metres Steeplechase.

But perhaps the team’s unique advantage will be the very specific understanding that is almost built into Sparta’s, well . . . DNA.

When the format was launched at the 2019 European Games in Minsk, the Danish national team featured Sparta athletes including Olympian Frederik Schou-Nielsen, who will now share his knowledge with the team in Castellón as its sprint Coach.

Also on that 2019 national team was Beiter Bomme’s own daughter, Olympic sprinter Emma, now one of the club’s veterans who, according to her mum, rates competing in Minsk very near the top of her best experiences in the sport.

Wearing the hat of Sparta’s Head of Athletics, Beiter Bomme, of course, wishes the more of the same for her team this year.

“If these youngsters can all enjoy the event and get as much inspiration out of it as Emma did, Castellón will be a real success for us.” 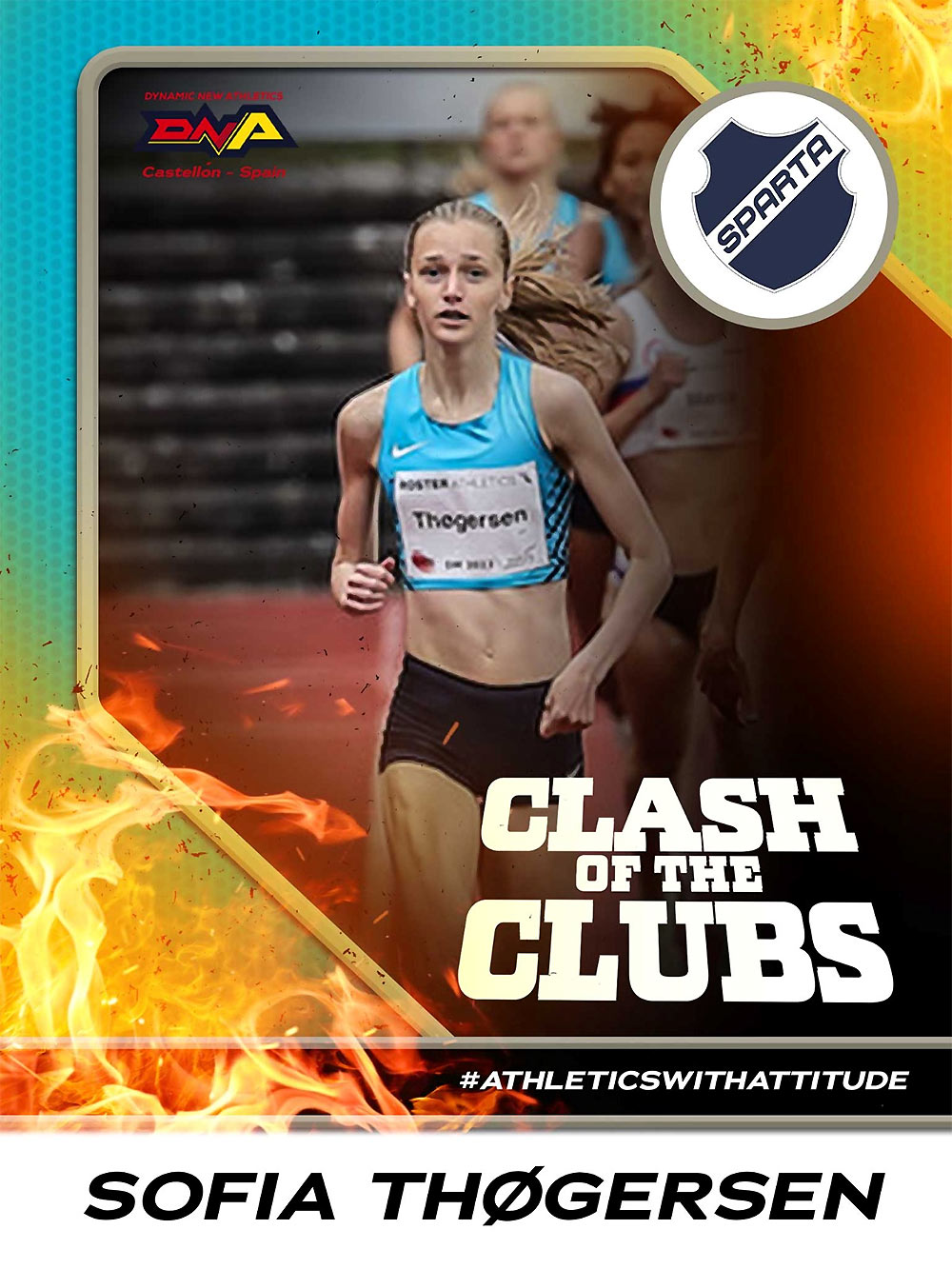