The inaugural European Dynamic New Athletics (DNA) U20 Clubs competition got away to a compelling start at Castellón, Spain today, to the obvious appreciation of an enthusiastic crowd basking in September sunshine.

After two qualifying matches, six teams earned their place in tomorrow’s A Final – including Turkey’s Enka Sports Club, who dominated the second competition, and Blackheath & Bromley, British winners of Match 1 – with six others moving into the B final.

While DNA is all about drama there was an unexpected twist at the end the opening match in what has been billed as the ‘Clash of the Clubs’ at the Complejo Deportivo Gaetà Huguet.

After Czech team AK Škoda had reached the concluding event – the mixed gender medley relay known as The Hunt – trailing Blackheath & Bromley by just two points, which gave the British team a slim 0.7sec advantage in the start, their runner in the opening women’s 600m, Katerina Matouskova, appeared to have ended their chances by false-starting.

As the starting gun fired she reacted instinctively rather than waiting for the red light alongside her to turn green.

For an awful couple of seconds Matouskova slowed to a halt, head in hands, before setting off in apparently forlorn pursuit of the British runner already 15 or so metres ahead of her.

One by one the other runners were released by their changing lights, delayed in proportion to the number of points their teams had accrued up to that point, although Andorra also erred in leaving the blocks.

The Czech and British teams exchanged the lead in the course of the subsequent men’s 400m, women’s 200m and men’s 800m before Blackheath & Bromley’s Samuel Reardon secured overall victory in assured fashion in the latter discipline.

When the scores came up there was dismay for the young Czech athletes as they were disqualified along with Andorra, with host club Playas De Castellon moving up to claim the third place in tomorrow’s A final behind the British team and Norway’s Oslo og Akershus.

But AK Škoda were restored to second place on appeal on the grounds that the starting gun which set the timing in motion should not have been heard, and that Matouskova had gained no unfair advantage – indeed, her reaction to the error meant she probably lost a couple of seconds.

A huge relief for both club and athlete – and an example of commonsense judging.

Enka Sports Club dominated The Hunt just as they had the foregoing competition to finish as Match 2 winners by a huge margin, with second-placed Sparta Atletik from Denmark joining them in the A final.

But after the eventual disappointment suffered by the hosts in Match 1 Spain’s second representatives CD Surco Lucena roused the home crowd as they overtook Team Lazio to take the third A final place.

The Italians are now set for the B final along with Ireland’s Ratoath AC France’s Clermont Auvergne Athletisme.

Britain’s European U18 200m champion Faith Akinbileje produced one of the results of the day in the Match 1 women’s 100m, where she reduced the personal best of 11.77sec set earlier this year by winning in 11.53, with a just legal 2.0mps following wind, whooping and skipping in delight as she clocked the clock and setting her team-mates into jubilation overdrive trackside. 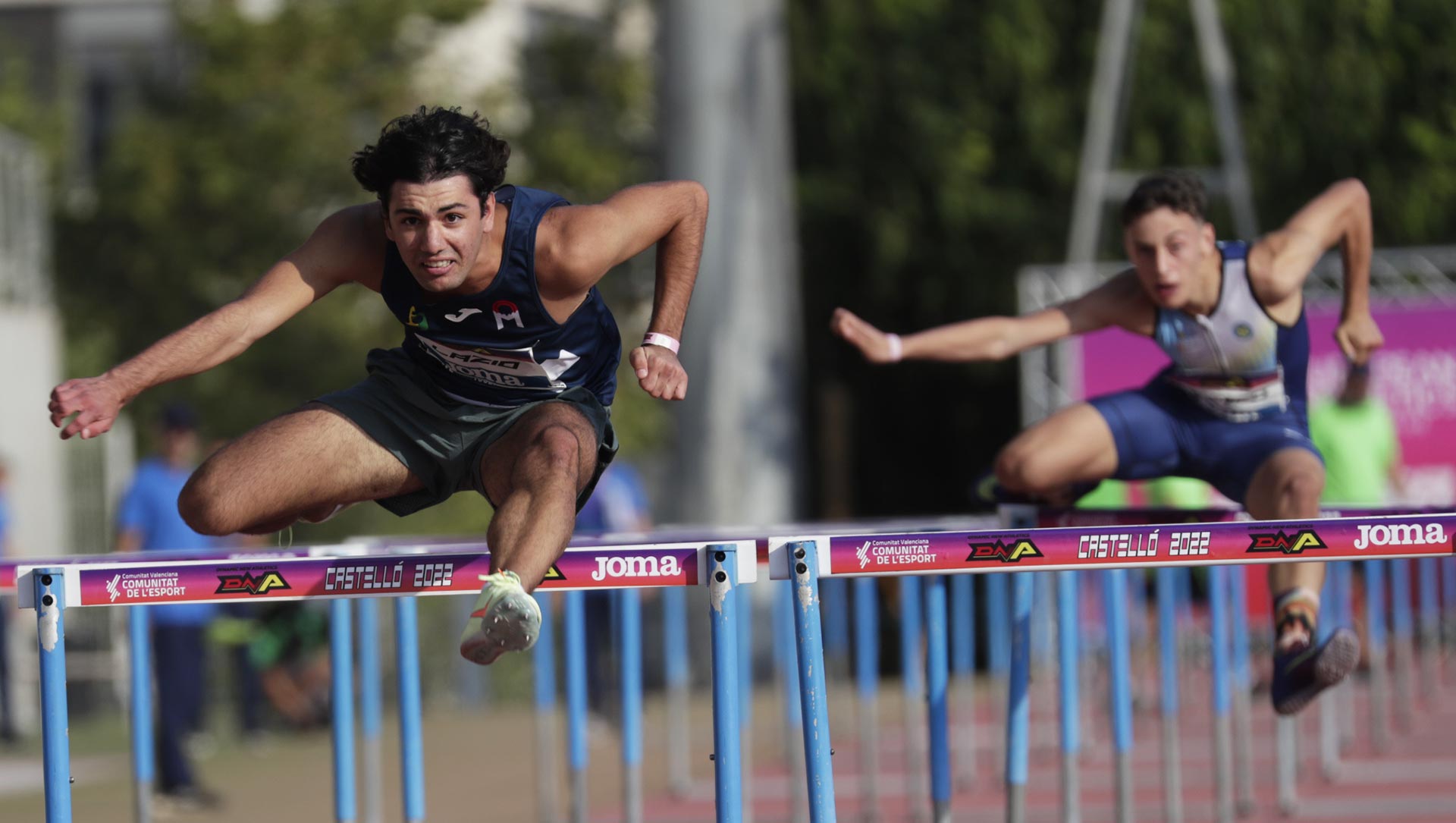 Second place in a personal best of 12.03 went to Viktoria Jánská of AK Škoda, the tall and powerful 16-year-old set a season’s best of 14.02sec in winning the 100m hurdles, an event in which she reached the final at this year’s European Youth Olympic Festival and also made the semi-finals at the European Athletics U18 Championships in Jerusalem.

Another of the top performances came from AK Škoda athlete Kateřina Cermakova. The 16-year-old women’s long jumper, who set a personal best of 5.91m earlier this year, extended that to 6.07m in her second head-to-head before winning the event with 6.06m.

The first match had begun with one of the uniquely compelling DNA spectacles – a 4x400m mixed relay in which free rein was given to coaches to decide how best to deploy the two male and two female runners – a decision that could be altered up until the last minute.

As the runners took to their blocks two teams had chosen to start with female runners – Blackheath & Bromley, who fielded Cameron Kelly-Gordon, and the host club, who started with Rocio Rodriguez.

And the gamble paid off ultimately for the British quartet, whose last leg runner Pablo Seema Rocha chased down Norwaysecond leg runner Michael Uzozie made up huge ground despite starting with a big deficit and sent Amarisa Sibley away just a stride behind the leader, Norwegian Aiden Vincent.

The latter handed over a lead of around 40 metres to Camilla Kristiansen, but by the time she reached the finishing straight the two male pursuers, Blackheath & Bromley’s Pablo Seema Rocha and Radek Hruby of AK Škoda were closing on her.

The men’s high jump produced a compelling series of head-to-heads in which each pair had to simultaneously reveal the height they had secretly nominated by displaying it on their tablets.

The jeopardy involved here lies in the fact that if a jumper successfully clears a lesser height, a more capable opponent is still committed to clearing at the height they nominated – and if they have misjudged that a failure means defeat.

Sondre Jahren of the Oslo og Akershus team appeared the dominant jumper, but he lost out in the final when he failed to clear 1.95m after Slivan Ryser, of TVH Langgasse Bern, had nominated and cleared 1.91m.

In Match 2, Enka Sports Club earned victory in the opening 4×400 mixed relay – and kept on winning.

Cansu Nimet Sayin was first home in the 100m hurdles in 13.89sec and Mustafa Kuru won the men’s shot put before Team Lazio’s Damiano Dentato broke the winning run with a time of 14.16 in the 110m hurdles, one place ahead of Turkey’s Ayetullah Demir.

Team Lazio won the women’s long jump ahead of Enka thanks to Greta Donato’s personal best of 5.85m, but victory by Emirhan Ciftci in the men’s 400m hurdles and by Simay Ozciftci in the women’s 100m put the Turkish team back in customary mode.

Going into The Hunt they led on 122 points from Sparta Atletik on 96 and Team Lazio on 80, meaning that – with every three points of their advantage corresponding to a second – they could set off 8.6sec ahead of their closest rival. That proved more than enough. 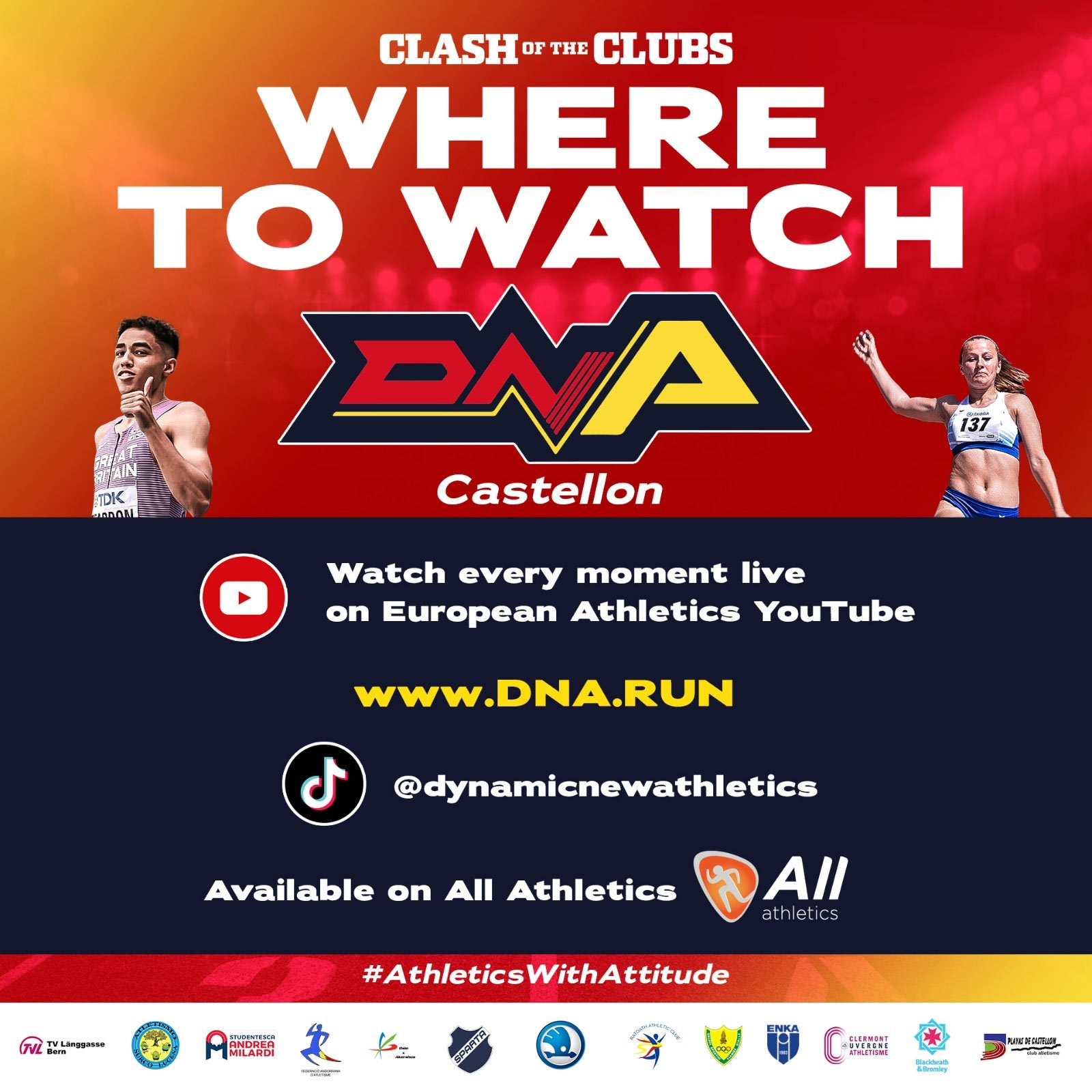