When the athletes from Team Oslo & Akershus compete at the European DNA U20 Clubs in Castellón, Spain, they will be the first Norwegians this century, and possibly ever, to take part in a European-level club-based track & field event.

But unlike the other teams in next month’s Clash of the Clubs, Oslo & Akershus will be a regional squad of individual athletes selected from the clubs located in Norway’s capital and the county that surrounds it.

According to Stian Andersen General Manager of the Oslo & Akershus regional association of Norsk Friidrett (Norwegian Athletics) , athletic clubs in Norway tend to be smaller and drawn from more limited geographic areas than those in many other countries, which is one explanation for the past reluctance of even the most nationally successful clubs to participate in the now discontinued European Champions Clubs Cup track & field event, where teams normally comprised about 40 athletes plus reserves.

“Bringing together a team of 18 or so with the quality required to be competitive in an international club DNA match might eventually be a realistic goal for the stronger clubs here, but the first priority must be to introduce the format and let coaches and team leaders see its value for their athletes and for the sport,” he said.

“From the regional association’s perspective, the team aspect of DNA seems like it could really appeal to the 15 to 19 age group and provide an important attraction that we are currently missing on the domestic level, which is why we are trying to act as a catalyst.”

Andersen said the Castellón team selection process is ongoing but that some leading athletes had already confirmed their participation.

These include 17 year-old Jonathan Hertwig-Ødegaard of Tyrving IL, a member of Norway’s medley relay team that brought home a silver medal from the European U18 Championships in Jerusalem who will do the 110m hurdle in Castellón, and combined events specialist Kasja Rooth, 19, of IK Tjalve, who was second in this year’s national U20 indoor pentathlon and will compete in the 100m hurdles.

“Our policy is to pick the best team possible,” he explained, “but we probably won’t have any athletes doubling up, even if they are capable of doing so, as we want to give as many as we can the motivation of gaining international experience and the opportunity to help us promote the event and the live-stream through their social media.

“The more success they have, the more demand we will see for introducing DNA domestically.” 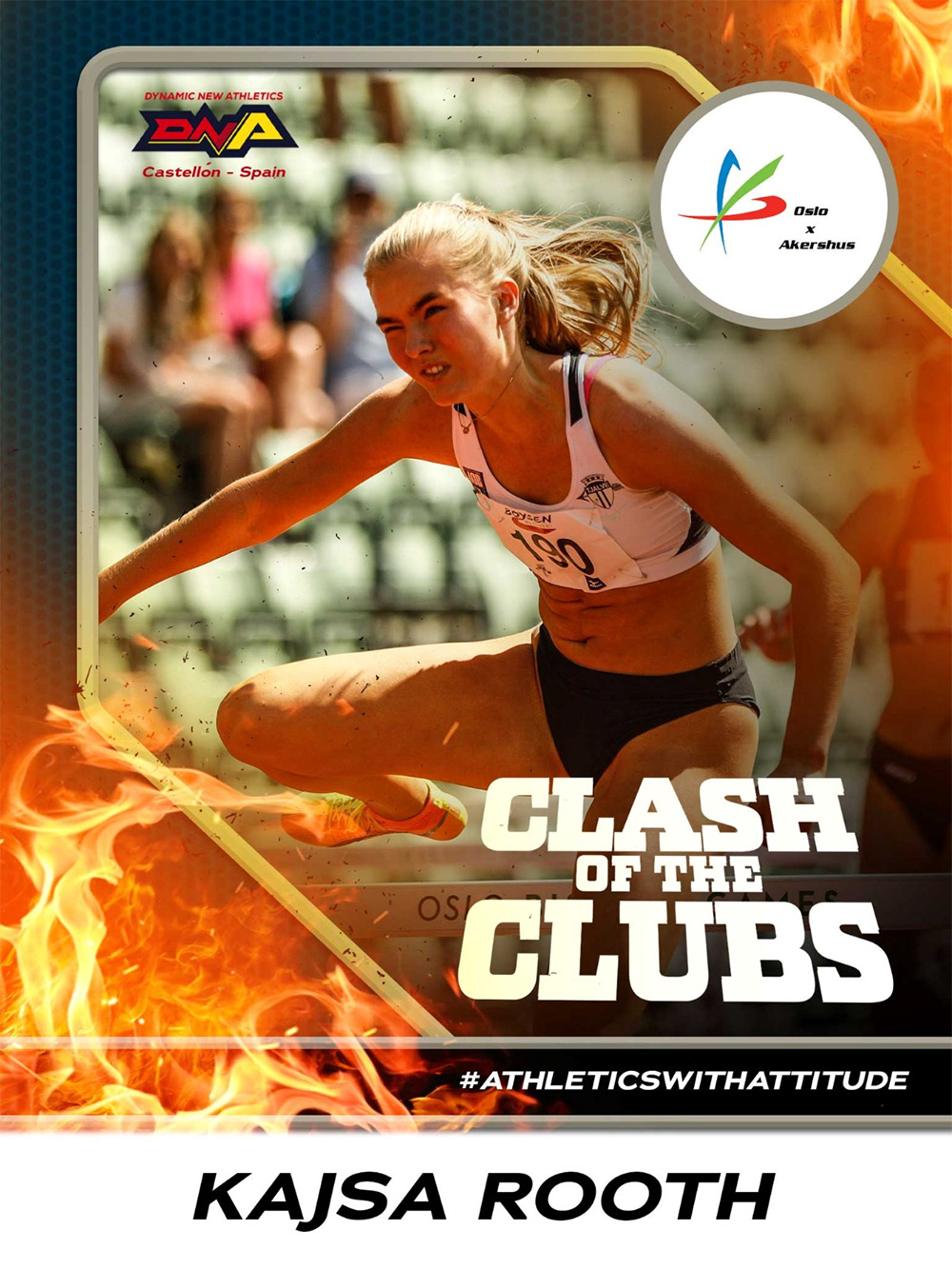