Gaining experience will be the main aim for the team from Switzerland’s TV Länggasse Bern next month when it goes up against some of the continent’s top clubs at the European DNA U20 Clubs event in Castéllon, Spain.

According to Mischa Kraus, the club’s leader of delegation, the Clash of the Clubs will be the first international competition for most of the young athletes and club leaders are keen to ensure that as many as possible benefit from the opportunity.

“Everyone – athletes and coaches – is looking forward to the trip and what we can learn from it,” he said.

Such a whole team approach and long-term development are keys to the work of the athletics section of TV Länggasse Bern, one of the Swiss capital Bern’s three largest and most historic multi-sport clubs, which was selected to take part in Castéllon on the basis of winning the national U20 club championship in 2021.

“Over the next five to ten years the club will be transitioning from a mostly volunteer work force to a more professional structure, but investment in the youth programme will remain at the heart of our strategy and what we do,” explained Kraus.

In Castéllon, the team will be led by 13.41 sec 100m hurdler Valérie Guignard, who was a finalist at the World Athletics U20 Championships in Cali, Colombia, and 22.26 sec 200m sprinter Marc Hofer, a 17 year-old fresh off of competing in the event and the medley relay at this summer’s European Athletics U18 Championships in Jerusalem.

Acknowledging that the DNA competition format and special rules will be new to most of the participating athletes, Kraus said he plans to schedule a detailed briefing to explain the concept before the team’s departure to Spain.

“We also intend to help promote the live stream of the event here in Switzerland.  Our strategy will be to circulate the details through the club’s website and social media channels and back this up by sending the information directly to the athletes so they can do the same on their own social media accounts,” he said. 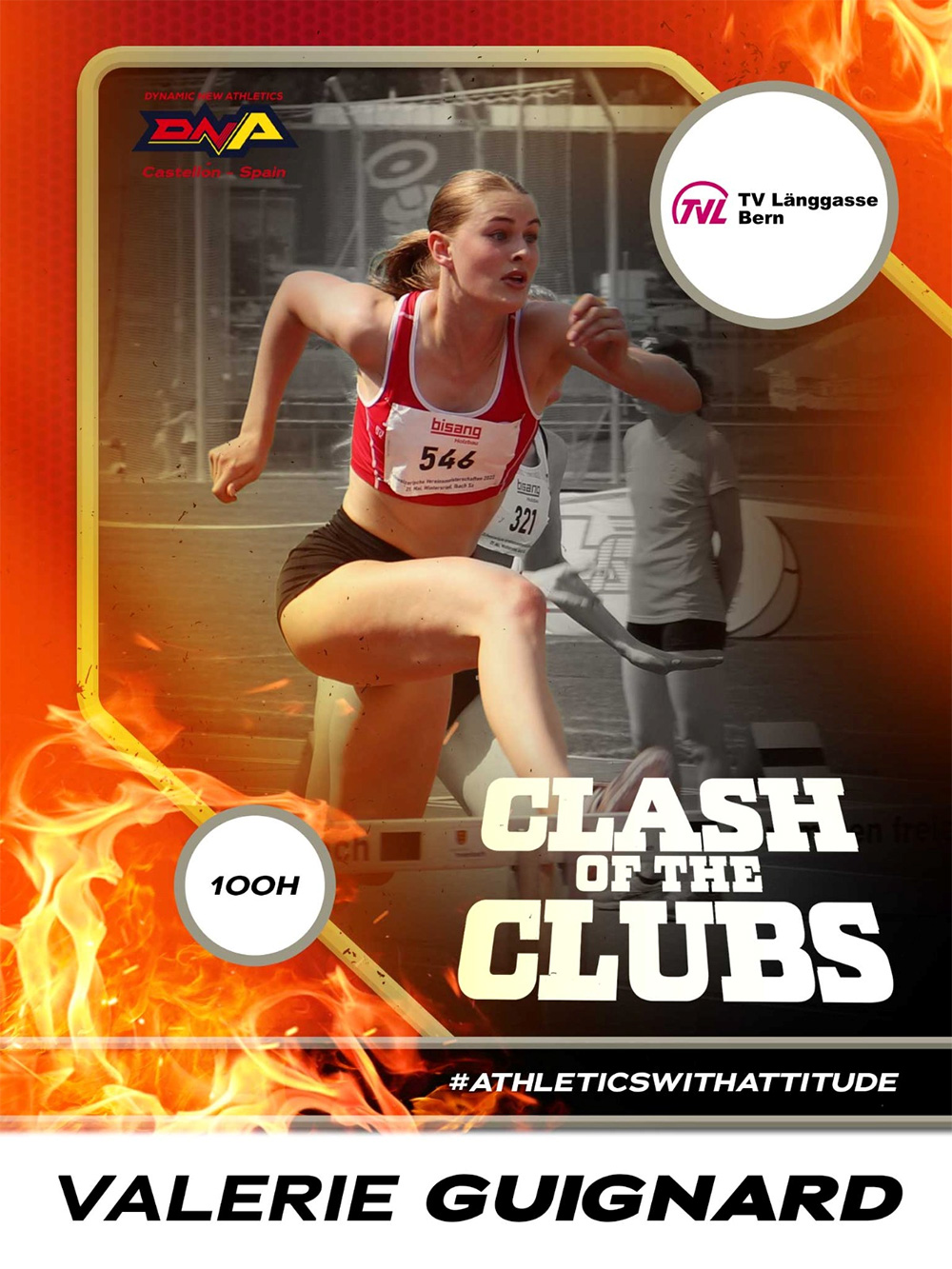